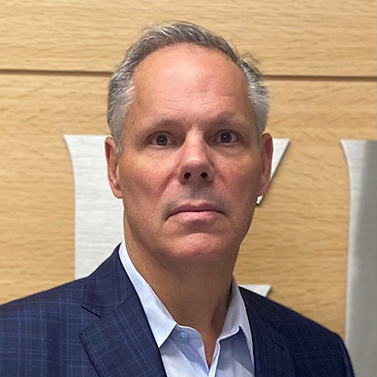 Peter W. Ryan joined Wolfe Research at its inception in 2008. He is a Vice Chairman of the firm and serves on its Executive Committee. He has headed Wolfe Capital Markets and Advisory, the firm’s affiliated broker-dealer, since 2018, in conjunction with Wolfe’s greater effort to extend its brand to the capital markets arena. In this role, he oversees capital markets origination and execution activities across equity, equity-linked and fixed-income transactions. Wolfe Capital Markets has served noteworthy issuers including AES, BioNTech, Fiserv, GM, NextEra Energy, PG&E, Sempra Energy, Shift4 Payments and XPO Logistics. Additionally, Peter leads Wolfe’s efforts within the Wolfe | Nomura Alliance, which combines and delivers the advantages of both a highly focused independent boutique and a global full-service investment bank to ECM issuers. Since its formation in 2020, the Alliance has completed over fifty transactions raising over $50 billion in proceeds, increasingly serving among transaction bookrunners. Peter joined Wolfe Research in 2008 as Managing Director and Head of Institutional Services and was Wolfe’s President from 2010 – 2017. In these roles he built and oversaw the firm’s institutional sales and sales-trading businesses, which grew to exceed thirty professionals and some five hundred active institutional clients during his tenure.

Peter was previously involved in the start–up and operation of two highly regarded independent research firms and helped each grow from inception to profitability during his tenure. From 2002 – 2006 he was a Partner at Empirical Research Partners LLC, where he played a leadership role in many aspects of the firm’s start–up and ongoing operating activities. He was active in establishing, maintaining and growing a number of the firm’s largest client relationships as well as in developing the sales force and marketing strategy. Subsequent to Empirical, Peter joined Strategas Research Partners during its formation. There, he was responsible for the recruitment, training and launch of that firm’s institutional sales force. Peter began his career at Sanford C. Bernstein & Co., where he spent nearly a decade as a senior institutional salesperson and sales manager. He was a founding member of that firm’s then newly formed international team, and later became that team’s leader. While at Bernstein, he was active in sales training and was a member of the firm’s research recommendation review committee. Following Bernstein, Peter also served in senior equity related roles at both Goldman Sachs and Bear Stearns.

Peter earned an M.B.A., with distinction, from Harvard University and a B.A. in Economics from Trinity College. He resides with his wife of thirty years, Susan, in Larchmont, New York; they have two adult children.